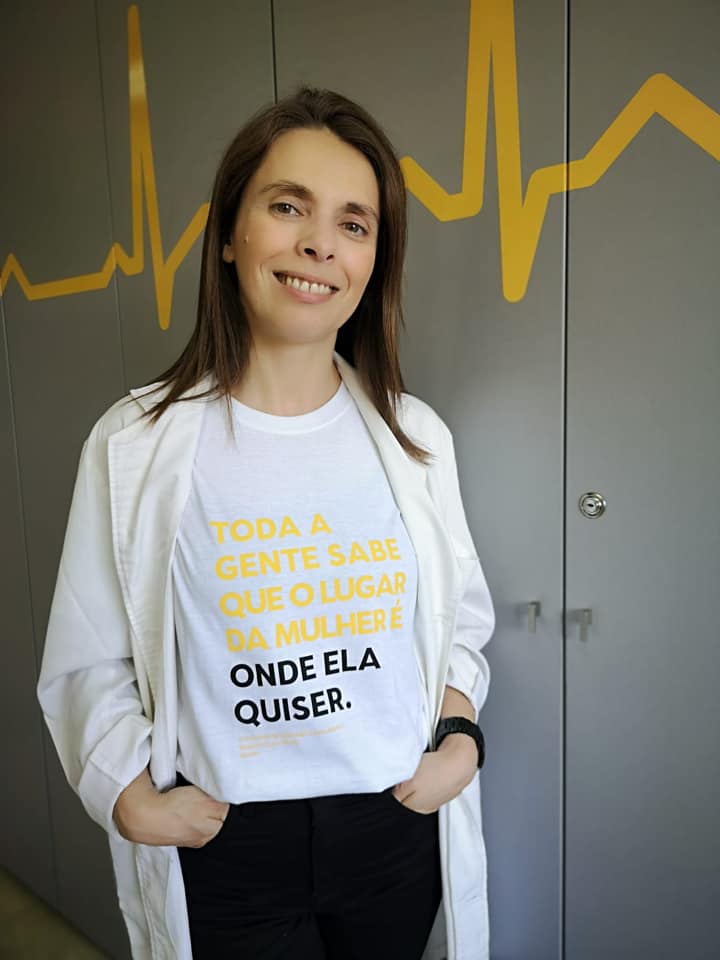 Maria Guarino, coordinator of ciTechCare, joined several people from the theatre, music, photography, literature, dance, academia and other areas to actively support an initiative of the EAPN Portugal (EAPN – European Anti Poverty Network) against hate speech and under the motto “Hate Speech is not an Argument. In each district, 15 people were invited to wear a t-shirt with one of the messages and to advertise it on social networks. “Hate speech has been gaining more and more space within Europe and Portugal is no exception. This speech is reproduced not only in a “soft Portuguese” in spontaneous conversations and comments, but also explicitly through social networks, news, comments, on city walls or even on street actions”, explains the EAPN Portugal in a clarification sent by Núcleo District de Leiria.It is intended to alert to different types of discrimination (classism, xenophobia, machismo, racism, homophobia and transphobia) and, in a simple and effective way, “to defend the human speech, dignified and with some humour, in order to disarm futility with that many of these offenses are pronounced, provoking a critical reflection on these prejudices”, says Miguel Januário, mentor of the campaign directed only at social networks, quoted by EAPN Portugal.